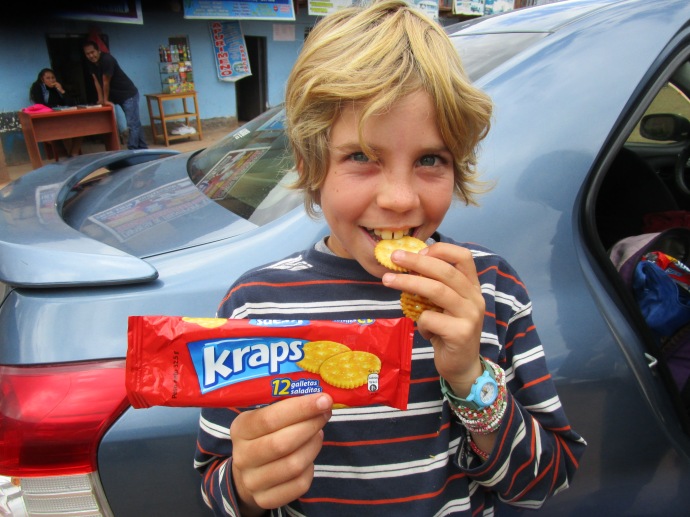 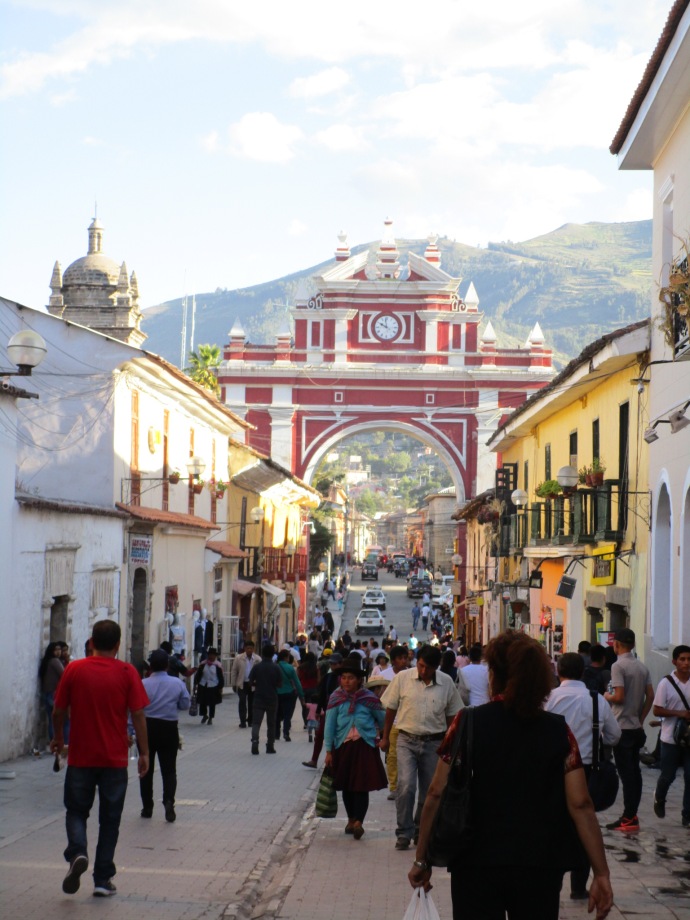 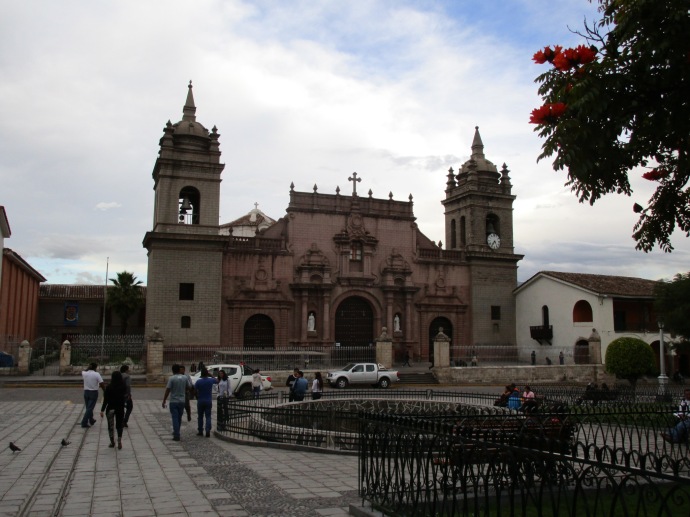 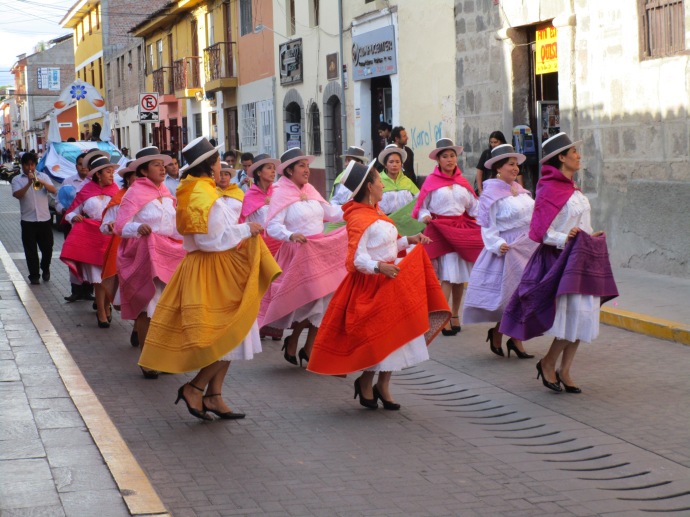 Five years ago, it was Ayacucho we were trying to reach (from Huancavelica, to the north) when we had the crash that sent us back to Lima for treatment. We had read that Ayacucho had some kind of magic, largely hidden from foreigners by a few decades of Shining Path activity and by location and bad roads. The Shining Path is gone (or at least less active) and the roads are paved, and this time we were coming from the opposite direction (Andahuaylas), and it felt (to me, at least) that finally seeing Ayacucho was unfinished business. 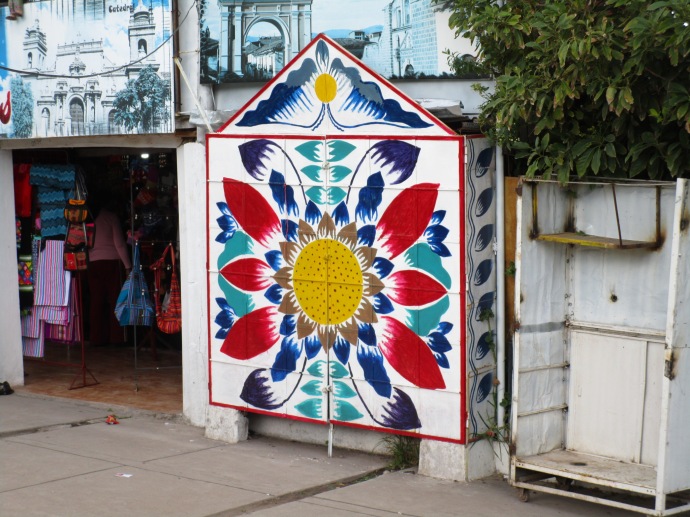 Ayacucho is known for its retablos, boxes of varying sizes that open up to show 3D scenes ranging from the birth of Jesus to drunken revelers. Sometimes the shops are painted to look like them as well. 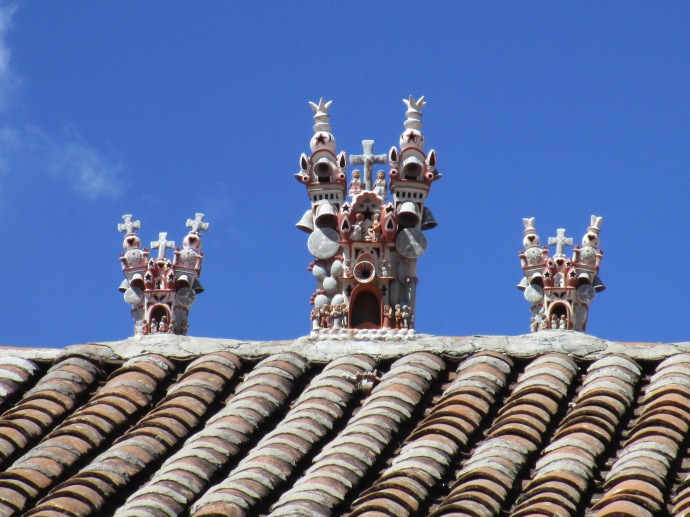 In the town of Quinua, they make these ceramic churches that people put on their roof. In Ollantaytambo, it’s bulls.

What used to be 10 to 12 hours between Andahuaylas and Ayacucho is now five. The driver, though, did the exact opposite of what Leticia and I both learned in driver’s ed – slow down before the curve, and accelerate out of it – instead accelerating until the last moment, when it became clear he couldn’t hold the curve at that speed, and then braking hard. This meant that any attempts at sleep had to be made while tensing your body to ensure not being thrown out of your seat. 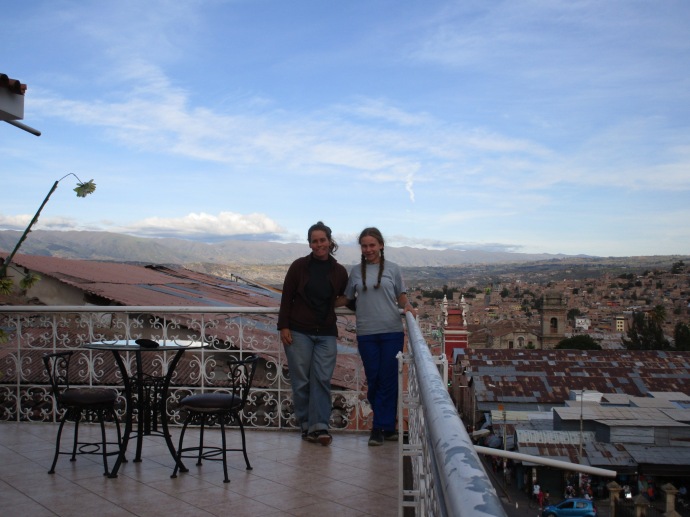 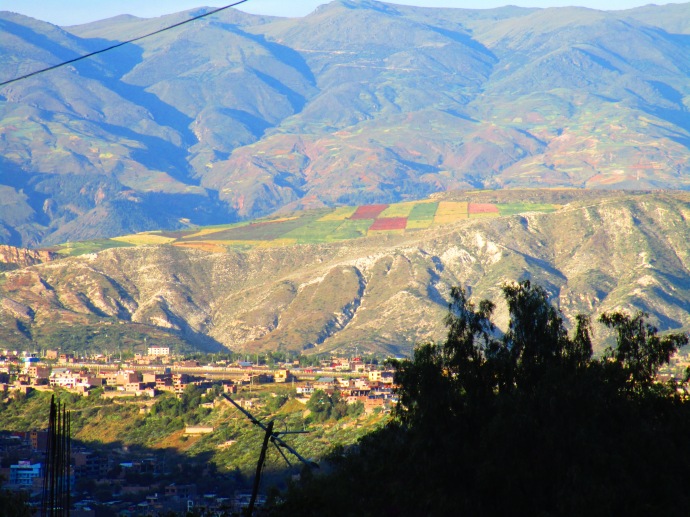 We arrived just after Holy Week, which is such a big deal in Ayacucho that you can’t get a hotel room. There is music in the streets, to me most notably in funeral processions, in which the casket is carried to the cemetery with a marching band following and traffic doing everything it can to get past at any opportunity. There is a certain energy there. But traffic is bad, though partly it seemed that way to us because there were roads closed and traffic diverted to run right in front of our hostel. The sidewalks are narrow and overflowing with people. And the air seemed pretty polluted. 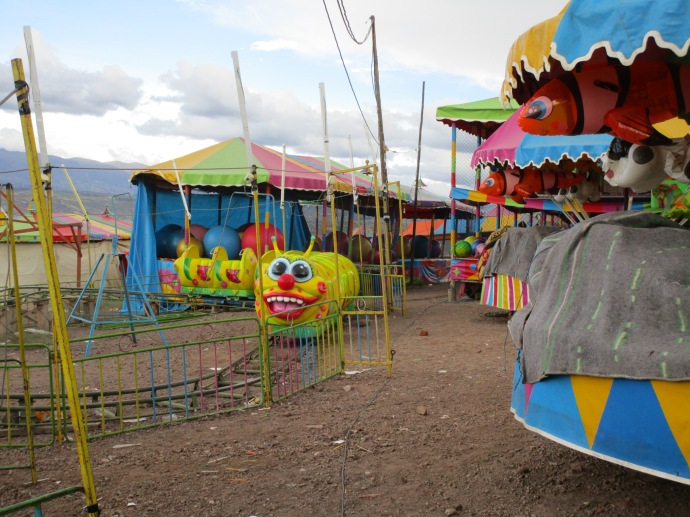 As I edit this a few weeks later, though, my memories are already changing. Much is made of the (at least) 33 churches in Ayacucho, and many of them have a beautiful energy about them. We followed a parade in with bands (of course) and guys on horseback driving donkeys with bundles of sticks loaded on their backs. One night students from all different departments of Universidad Alas Peruanas, one of the newer private universities with branches all over Peru, paraded through the plaza with marching bands (almost every department had one; those without seemed a bit downhearted in comparison with the sheer glee the others showed), floats (the civil engineers had a working drawbridge on the back of a pickup), and fireworks. From our priviledged spot on the balcony of a restaurant, we could also see beer and shots of something strong appearing from the backs of a few floats. All this was part of the celebration of the 477th anniversary of the founding of Ayacucho, after just a few days relief from the party that was Holy Week. Evidently there is a running of the bulls during Holy Week, too, and rock concerts and all-night dance parties. 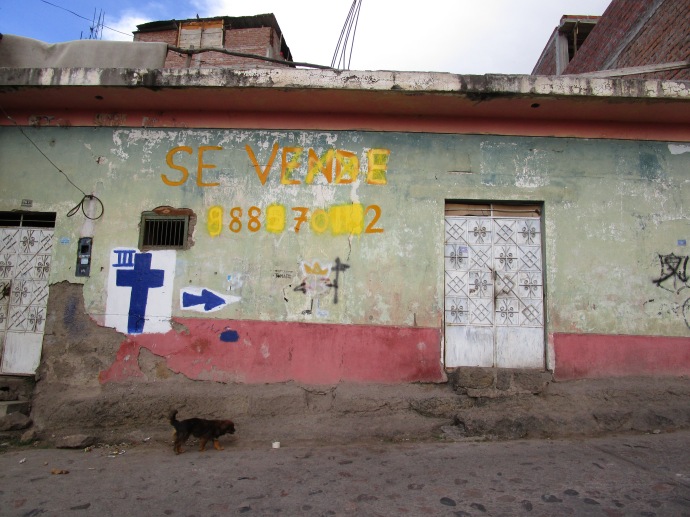 Third Station of the Cross.

The best things about our stay were the Hotel Crillonesa, where Carlos and Alicia (and everyone else) treated us like family, my visit to the Universidad Nacional de San Cristobal de Huamanga, where I was welcomed warmly and listened to patiently, and our brief trip to Vilcashuaman, which I’ll relate in the next post. 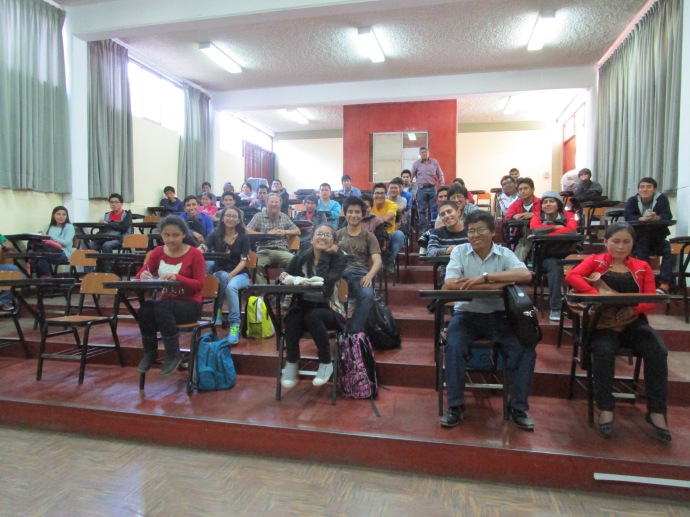 These are the dedicated folks at the Universidad Nacional de San Cristobal de Huamanga that survived 4 hours of math in gringo-Spanish. And the gringo responsible for it. 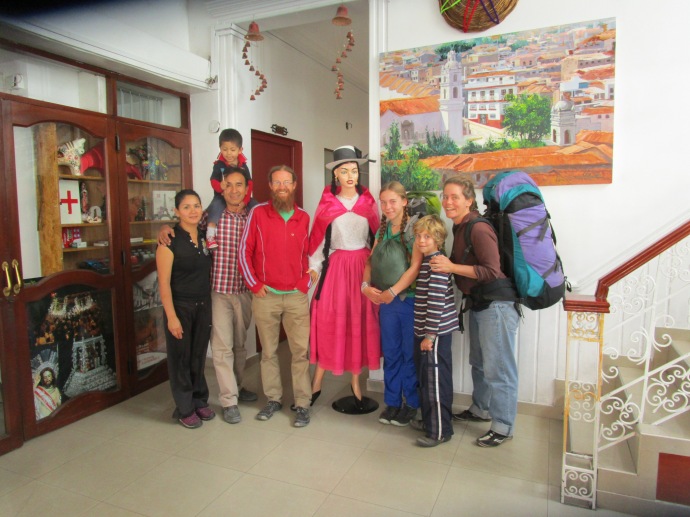 And these are (some of) the good folks at Hotel Crillonesa, and the gringos they sheltered.